I led the design team in a Scrum environment through the UX, front-end build and visual design of Sky Sports’ flagship scores apps; used by over 5 million people every week. This was the first Sky Sports app to utilise a hybrid web/native build so that we could provide a familiar experience to users across different platforms, as well as making considerable cost savings. I worked closely with product owners and developers to ensure the user experience was not sacrificed when compared to previous (fully-native) builds, whilst iteratively designing & building product features based on the findings of user testing.

In the early stages of the project, stakeholder ambition far out-weighed what was possible within the time scales. Using a combination of surveys, interviews and user observation, I worked closely with Product Managers to help develop the MVP. 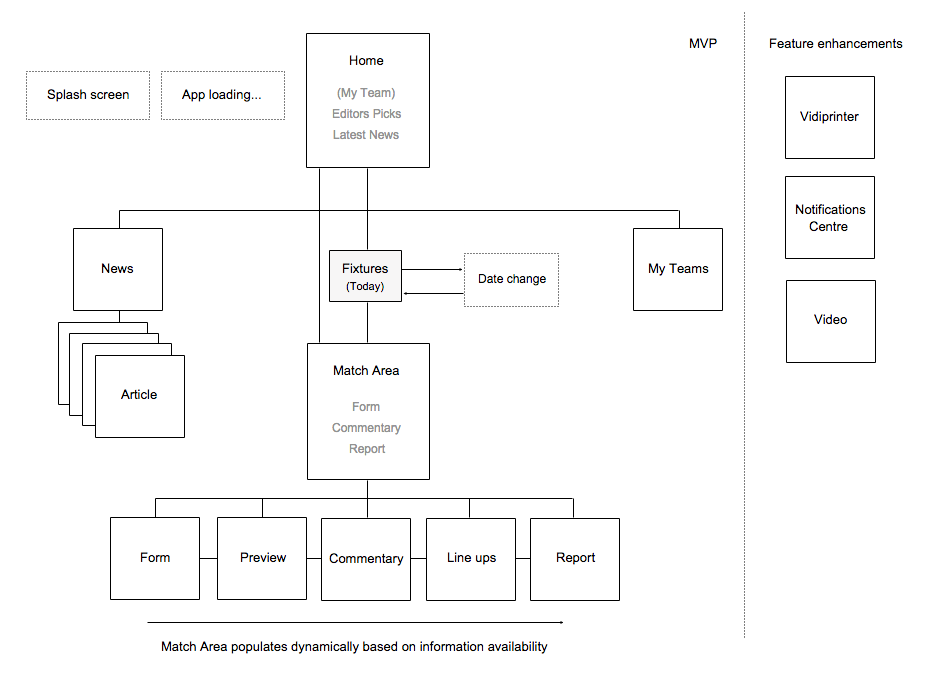 Once the MVP was in place, it was possible to start sprint planning so the team could get to work on feature development and I could plan how UX work could integrate into this iterative process in order to keep the project as lean as possible. 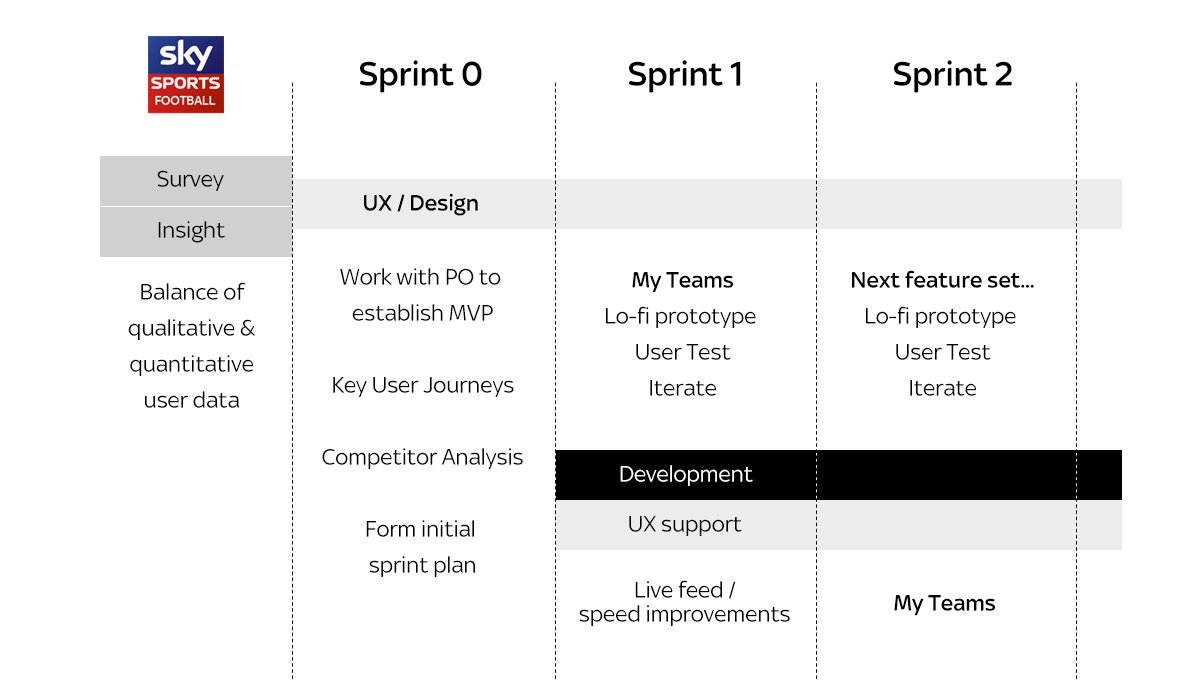 The app was then created feature-by-feature, allowing UX and testing to work alongside development and including the whole SCRUM in design decisions meant the team could focus on common goals. The artifacts below show how fidelity increased as one such feature evolved: 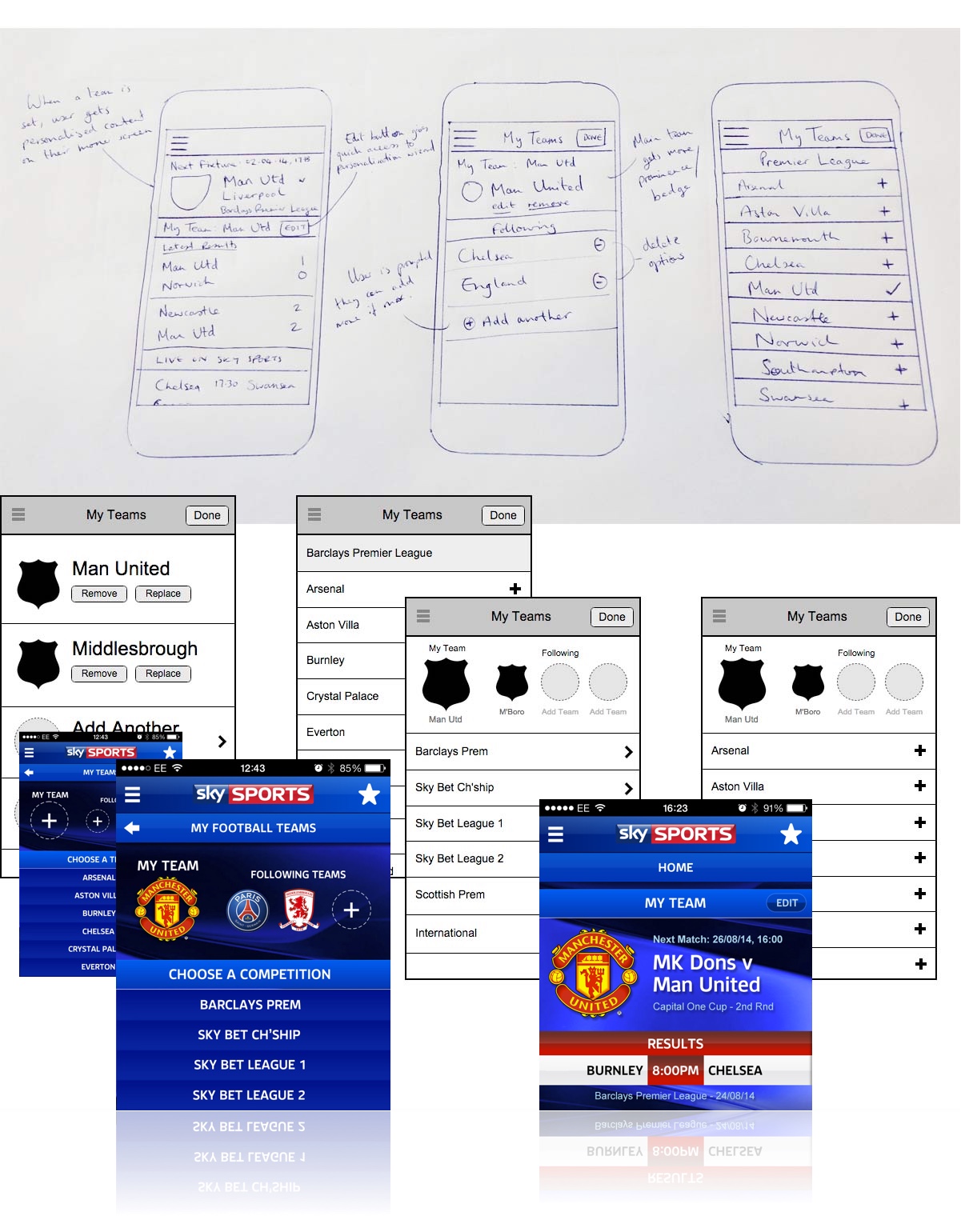 This process continued until the MVP was realised and the app could be released for the 2014-15 Football season. New features continue to be developed with the product going from strength-to-strength, peaking at 1.5 million concurrent users on Premier League weekends. 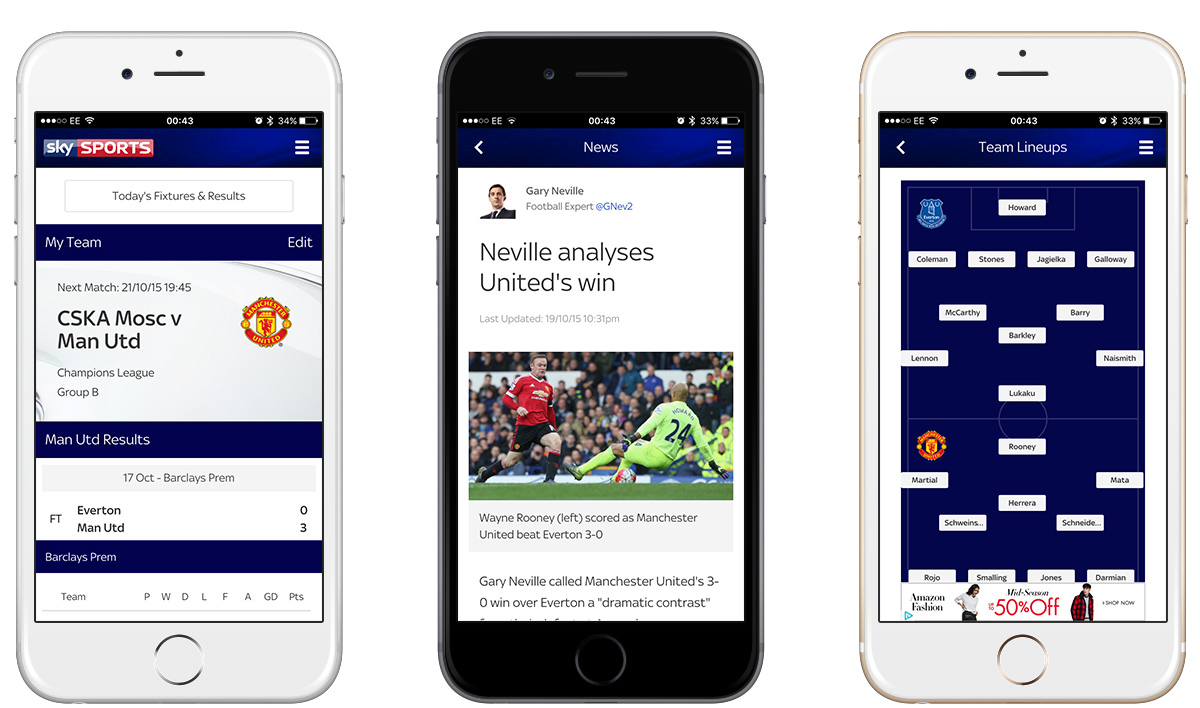 I continued to lead the product design of the Football Score Centre / Sky Sports Football app into it's current guise, which relaunched for the 2016/17 season with Premier League highlights & goals as they happen, as well as some fresh new branding. Below is a snapshot of some of the UX feautues and visual designs that I produced for the refresh project. 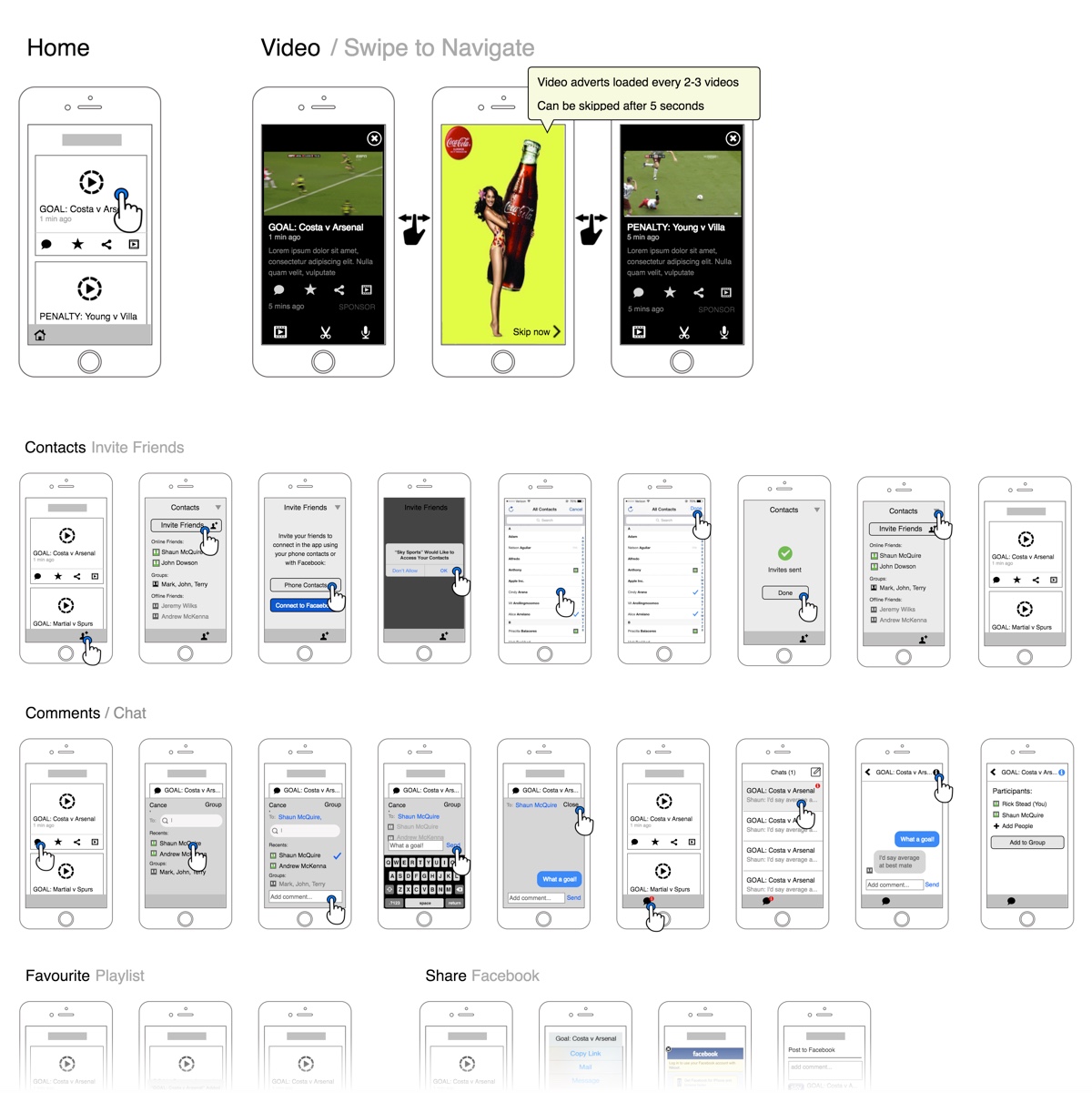 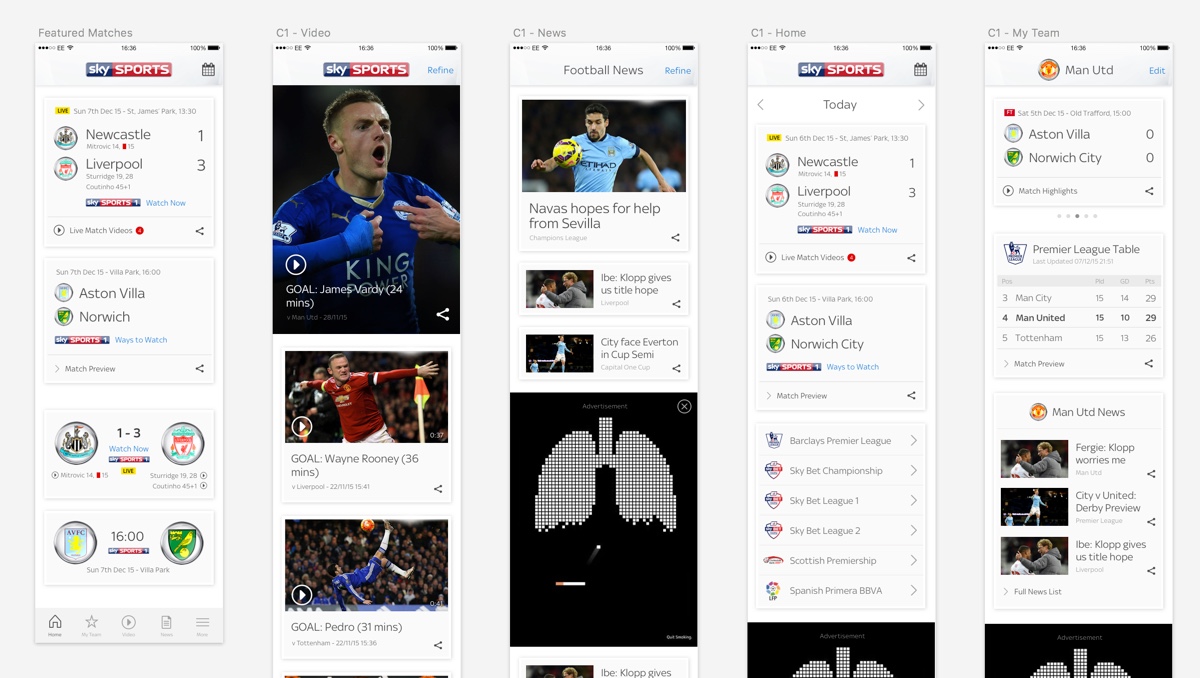